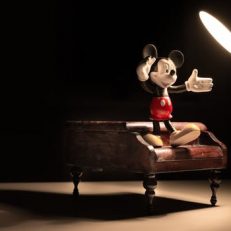 Have you ever been walking down the street or in a mall and wondered…Where the heck is the garbage can when you need one? It usually comes at the worst times, like when your ice cream is melting, You have a lot of used napkins, or you just do not want to litter.  This happen to me last week and it got me thinking about garbage cans. ( Funny, who thinks of garbage cans). As i was thinking about garbage cans, I remembered how Disney places their garbage cans no more than 30 feet apart. Why? How did someone think of this? The answer…. They are Disney and Disney thinks of everything.

With Disney everything is done perfectly . This is very convenient as it saves time and ensures that Disney parks remain as clean as possible, while keeping the planet in mind with their state of the art garbage and recycling methods. Can you remember a time seeing a Disney employee changing the garbage cans? Or seeing trash or garbage anywhere on the property? Not to mention I don’t recall seeing recycling bins in the park either.

Before the opening of Disney World, the company actually did research on how far people would walk out of their way to put trash in its place. The research determined that about 25 to 30 steps was the distance people would walk to throw something away.

During any cleaning process there is a lot of dust,waste,odor and debris that needs to be disposed of. For environment consideration, disposing these wastes requires permit and sometimes means to carry the waste. However, at the Magic Kingdom they have a trash collecting vacuum system that sucks all the trash in the trash cans down into a central collection area. This is the reason why you don’t see trash being emptied in many areas of the Magic Kingdom. What about the recycling though? Disney has been recognized and given awards for being a Green company? Why are there no recycling bins at the parks?

When it comes to recycling Disney goes the extra mile. Disney created a central facility where all the trash collected from the Disney properties is brought so cast members can sift through all the trash and remove the recyclables. So the next time you are worried about not finding a recycling container don’t be and remember Disney thinks of everything so that you can enjoy your vacation and focus on the magical place you are at where dreams come true.